The aims of the dHCP are ambitious and require substantial scientific and technical advance in several fields. To achieve them the project brings together four principal investigators to provide a unique constellation of complementary skills and techniques. As their publications demonstrate, the PIs have collaborated ad hoc in smaller groups for over a decade, but connectomics research requires more comprehensively collaborative approach. The integrated activity across the Oxford Centre for Functional Magnetic Resonance Imaging of the Brain (FMRIB) and the Centre for the Developing Brain (CDB) provides unparalleled strength in breadth and depth, combining methodology in acquisition and analysis with a clinical capacity to recruit, care for and study a uniquely fragile population. 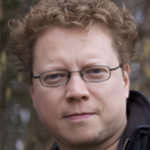 Professor Stephen Smith is Professor of Biomedical Engineering and the Associate Director at The Oxford University Centre for Functional Magnetic Resonance Imaging of the Brain (FMRIB). The Analysis Group, which he created in 1997, carries out brain image analysis and statistics research: image reconstruction, artefact removal, motion correction, image and signal ﬁltering, registration, 4-dimensional statistical modelling, diffusion morphometry and tractography, segmentation, structural brain change mapping and pathology analysis. The Analysis Group also provides the tools, environment and training for FMRI and MRI analysis, supporting a large number of imaging applications researchers. It has produced the brain image analysis software package FSL (FMRIB Software Library) which is widely used in many laboratories internationally. He is a major partner in the $30m National Institutes of Health HCP. 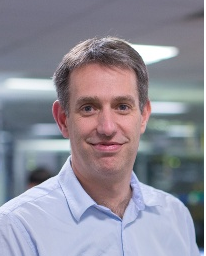 Professor Daniel Rueckert is Professor of Visual Information Processing and Head of the Biomedical Image Analysis Group in the Department of Computing at Imperial College London. He joined the Department of Computing at Imperial College as a lecturer in 1999 and became a Professor in 2005. He obtained his PhD in Computer Science from Imperial College in 1997. Before moving to Imperial College, he has worked as a post-doctoral research fellow in the Division of Radiological Sciences and Medical Engineering, King’s College London where he has worked on the development of non-rigid registration algorithms for the compensation of tissue motion and deformation. The developed registration techniques have been successfully used for the non-rigid registration of various anatomical structures, including in the breast, liver, heart and brain and are currently commercialised by IXICO, an Imperial College spin-out company co-founded with Jo Hajnal. He has developed critical tools and templates, available through the FSL package and elsewhere.

Professor Jo Hajnal is Professor of Imaging Sciences at Kings College London. He trained as a physicist at Bristol University, England, UK and obtained a PhD in the physics of electromagnetic waves before working in Australia at Melbourne University and the ANU on interactions between atomic beams and laser light. In 1990 he began research in medical imaging. His research group focuses on in vivo imaging, particularly Magnetic Resonance Imaging (MRI). His current research interests include MR data acquisition and processing, image registration and data fusion as well as novel scanner technology, parallel imaging and motion artefact correction. He has invented and pioneered techniques that are now widely used in the medical imaging industry. With Daniel Rueckert, he co-founded a IXICO and also developed the critical motion-tolerant imaging methods that underpin image acquisition in this programme. 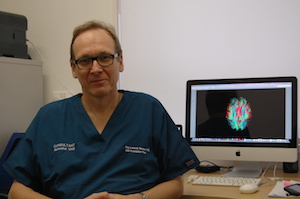 Professor David Edwards is Director of the CDB at Imperial and Kings Colleges, and with Jo Hajnal developed the world-first neonatal MR suite at Imperial and now a 2nd facility at Kings College. David Edwards was appointed the foundation Weston Professor of Neonatal Medicine in 1992, and since then has headed the Weston Group whose aim is to reduce the number of newborn infants who grow up with problems caused by brain injury in the newborn period. He is Associate Director of the National Institute for Health Research Medicines for Children Research Network, and a Senior Investigator in the National Institute for Health Research. His research Interests include: Neuroinformatic analysis of the causes and consequences of prematurity Infection, immunology and brain injury, Molecular imaging of inflammation and cell tracking, Translational research in neural rescue therapies, Stem Cell research.